J.A. Bryant Jr., is professor of English at the University of Kentucky and author of other studies in comedy, including The Compassionate Satirist: Ben Jonson and His Imperfect World. 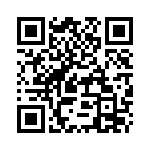