Alexander R. Galloway is assistant professor in the Department of Culture and Communication at New York University. He is the author of Gaming: Essays on Algorithmic Culture (Minnesota, 2006) and Protocol: How Control Exists after Decentralization. 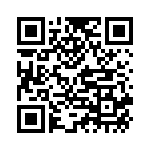