Garthine Walker is lecturer in history at the University of Warwick. 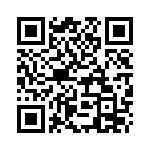