Page 116
Hilaber was minister of iba : p ' ace almost sixty years : be wa diwanged from Mr .
Richard Eizards , minister of the pel in London in the reign of Queen E h , by
whom it mems , his wife was employed for some part of her roral attire . 111 shott
...
Page 400
However , the day on which he died , a minister , who was on a journey , called at
Mr . Petto ' s , not with any view of stopping : but Mr . Petto desired him to alight ,
for he had a circumstance to relate to him , which was the case of this poor ...
Page 548
A considerable part of the salaries of ary field now opened in that quarter , and
the minister and schoolmaster must be the inadequacy of their own fund to an
given in advance , and it is thought neswer the demand , and make the best im . 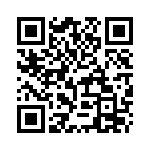