Five days before Christmas 1943, a badly damaged American bomber struggled to fly over wartime Germany. At its controls was a twenty-one-year-old pilot. Half his crew lay wounded or dead. Suddenly a ... Read full review

On December 20, 1943, an American B-17 is trying to escape a mauling by FW-190's and ME-109's to reach the North Sea and eventually its base in England. As they approach the coast and the flack ... Read full review

Hailed as “a masterful storyteller” by the Associated Press, Adam Makos is the author of the New York Times bestseller A Higher Call, Spearhead, and the critically-acclaimed Devotion. Inspired by his grandfathers’ service, Adam chronicles the stories of American veterans in his trademark fusion of intense human drama and fast-paced military action, securing his place “in the top ranks of military writers,” according to the Los Angeles Times. In the course of his research, Adam has flown a WWII bomber, accompanied a Special Forces raid in Iraq, and journeyed into North Korea in search of an MIA American airman.


Larry Alexander is the author of the New York Times bestselling biography Biggest Brother: The Life of Major Dick Winters, the Man Who Led the Band of Brothers. He is also the author of Shadows in the Jungle: The Alamo Scouts Behind Japanese Lines in World War II and In the Footsteps of the Band of Brothers: A Return to Easy Company’s Battlefields with Sgt. Forrest Guth. Alexander has been a journalist and columnist for the Intelligencer Journal in Lancaster, Pennsylvania, for nearly twenty years and has won numerous state-level awards for excellence in journalism. 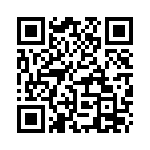