William W. Johnstone was born in Southern Missouri on October 28, 1938. He quit school when he was fifteen to join a carnival, but went back and finished high school in 1957. He worked as a deputy sheriff, spent time in the army, and then went into radio broadcasting, where he worked for sixteen years. He started writing in 1970, but was his first book, The Devil's Kiss, was not published until late 1979. He wrote over 200 books during his lifetime including the Ashes series, Code Name series, Mountain Man series, The First Mountain Man series, and Eagles series. Two of his books, Eagle Down and Dagger, were written under the pen name of William Mason. He died on February 8, 2004 at the age of 65. 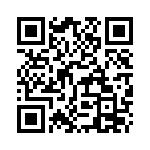