Rose D. Friedman (1910-2006) was a professor at the University of Chicago Law School, She was the author, with her husband Milton Freidman, of two books on economics and public policy, Free to Choose and Tyranny of the Status Quo as well as their memoir, Two Lucky People, which appeared in 1998. 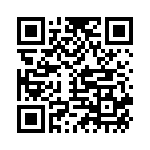