Ekkehart Schlicht is Professor Emeritus of Economics at the University of Munich. He studied at the universities of Kiel and Regensburg, where he obtained his "Diplom-Volkswirt" (1969) and his doctorate (1971). Previous positions include professorships at the universities of Bielefeld (1976-80) and Darmstadt (1980-93), fellowships at the Institute for Advanced Study in Princeton (1985-86) and the Institute for Advanced Study in Berlin (1997-98), and visiting professorships in Europe, the United States, and Australia. From 1994 to 1999 he edited the Journal of Institutional and Theoretical Economics. He published on many topics, including labour economics, institutional economics, and methods. His current research focuses on labour economics and institutional economics. 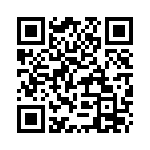