TRUE SUMMIT: What Really Happened on the Legendary Ascent of Annapurna

A former true believer discovers that Maurice Herzog's best-selling Annapurna (a stirring, romantic account of the first ascent of an 8,000-meter peak in the Himalayas) left out some of the adventure ... Read full review

Before setting off to attempt to climb Annapurna, the expedition members were required to sign a contract agreeing to publish nothing about the trip for five years after the expedition. This left the ... Read full review

David Roberts is a veteran mountaineer with extensive experience in Alaska and the author of a dozen previous books. His most recent books are The Lost Explorer: Finding Mallory on Mount Everest (with Conrad Anker) and A Newer World: Kit Carson, John C. Frémont, and the Claiming of the American West. He lives in Cambridge, Massachusetts. 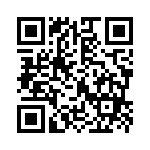