David Wallace is the Judith Rodin Professor of English Literature at the University of Pennsylvania. His books include Chaucerian Polity: Absolutist Lineages and Associational Forms in England and Italy (1997); Giovanni Boccaccio, Decameron (1991); Chaucer and the early writings of Boccaccio (1985); Bodies and Disciplines: Intersections of Literature and History in Fifteenth-Century England (ed. with Barbara A Hanawalt). 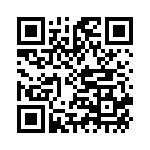