On the road: the original scroll

ThoughOn The Road wouldn't be published until 1957, Keroauc wrote the book's initial draft in 1951 on a 120'-long sheet of paper without any paragraph breaks-a rolling boil of text. The early draft ... Read full review

On the road is a raucous, dazzling, visionary novel. The characters drop in, spin around and flow into a spectacle of exuberance. Another reviewer gave it one star, citing the rampant drugs and alcohol. Regardless, the attitude of relishing existence to its fullest is the main focus of this novel. Kerouac can teach a bit of that to any reader. I foolishly put off reading it until I was 40. Don't miss out!

Jack Kerouac(1922-1969), the central figure of the Beat Generation, was born in Lowell, Massachusetts, in 1922 and died in St. Petersburg, Florida, in 1969. Among his many novels are On the Road, The Dharma Bums, Big Sur, and Visions of Cody. Watch a Video 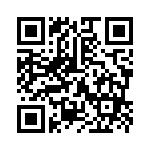