Daniel Defoe was born Daniel Foe in London, England on September 13, 1660. He changed his surname in 1703, adding the more genteel "De" before his own name to suggest a higher social standing. He was a novelist, journalist, and political agent. His writings covered a wide range of topics. His novels include Robinson Crusoe, Moll Flanders, Roxana, Captain Singleton, and Colonel Jack. He wrote A Tour Thro' the Whole Island of Great Britain, which is an important source of English economic life, and ghost stories including A True Relation of the Apparition of One Mrs. Veal. He also wrote satirical poems and pamphlets and edited a newspaper. He was imprisoned and pilloried for his controversial work, The Shortest Way with the Dissenters, which suggested that all non-Conformist ministers be hanged. He died on April 24, 1731.

P. N. Furbank was born Philip Nicholas Furbank in Cranleigh, Surrey on May 23, 1920. He studied at Cambridge University. During World War II, he served in the British Army in Italy. He was a lifelong stammerer, and this challenge led him to leave Cambridge, where he had taught in the late 1940s and early 1950s, to work in London as a librarian and an editor. He was a critic and scholar who wrote several books including Italo Svevo: The Man and the Writer, E. M. Forster: A Life, and Diderot: A Critical Biography, which was the first recipient of the Truman Capote Award for Literary Criticism in 1995. He and fellow scholar W. R. Owens began their Daniel Defoe collaboration in the early 1980s, and over 20 years they published four books and were the general editors of a 44-volume collection of Defoe's works. He died on June 27, 2014 at the age of 94. 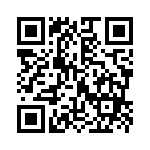