Page 177
On top of the nine - foot - high clay mound , which was the Royal dais overlooking
the parade ground , Shaka seated his mother Nandi , on the rolled - up rush mats
. On her right was his sister Nomcoba , and on her left Nomzintlanga , his half ...
Page 215
In the van came the Royal cattle all marshalled according to colour into separate
herds . Behind the cattle came the army , headed by Shaka and his headmen ,
and , finally , the maidens ' regiments . For two miles in front of the Royal kraal the
...
Page 221
The concubines , who had no status beyond that of being jealously guarded royal
property , and no huts for their individual use , were invariably summoned to the
chief ' s hut , singly or in parties . They were later given in marriage to deserving ... 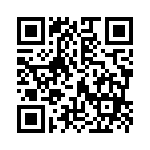