Robert B. Kristofferson is an assistant professor of Contemporary Studies and History at Wilfrid Laurier University, Brantford. 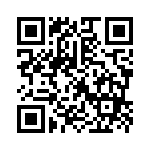