This follow-up to The Family (2009) is an equally disturbing look at the entrenchment of extreme right-wing Christian fundamentalism in Congress, the military, and corporate America. The so-called ... Read full review

The most important word in the title of this book, C STREET: THE FUNDAMENTALIST THREAT TO AMERICAN DEMOCRACY, is "threat." According to the leaders and members of The Family, the group that owns and ... Read full review

Jeff Sharlet, New York Times bestselling author of The Family, is a contributing editor for Harper's and Rolling Stone, the coauthor, with Peter Manseau, of Killing the Buddha, and the editor of TheRevealer.org. He has written for Mother Jones, the Washington Post, The Nation, The New Republic, and many other magazines and newspapers, and he has commented on religion and politics for NBC Nightly News, The Daily Show, The Rachel Maddow Show, Fresh Air, Morning Edition, and more. He lives in Cambridge, Massachusetts. 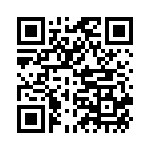