George L. Campbell worked for the BBC World Service and was a polyglot linguist and translator.

Gareth King is Series Advisor for the Routledge Colloquials Series and the author of numerous books on language and linguistics. 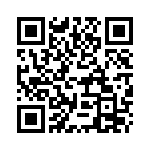