The author traces the rise of Islamic terrorism from American training of the mujahadeen in Afghanistan to fighting the Soviets. There, the CIA found it could recruit anti-Soviets by using Muslim ... Read full review

Good Muslim, bad Muslim: America, the Cold War, and the roots of terror

Osama bin Laden's pronouncements are rarely published in full in the United States, but transcripts of his messages--often available overseas--provide startling insight into the political, rather than ... Read full review 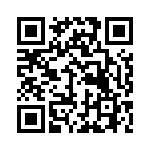