Thomas Banchoff is Director of the Berkley Center for Religion, Peace, and World Affairs and Professor in the Department of Government and School of Foreign Service at Georgetown University. He is the author of The German Problem Transformed: Institutions, Politics, and Foreign Policy, 1945–1995, editor of Religious Pluralism, Globalization, and World Politics and Democracy and the New Religious Pluralism, and coeditor of Religion and the Global Politics of Human Rights and Legitimacy and the European Union: The Contested Polity. 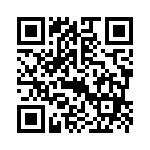