Hadn't read since college humanities. Filled with plenty of right-on-the-money predictions and a good balance of how far we've come / how nothing has changed moments. Even where the author is a ... Read full review

Like many people, I think that Donald Trump might not give up power if he loses the presidential election. And if he tries a coup, I'm afraid that he could succeed. I don’t think that’s the likely ... Read full review

Alexis de Tocqueville (1805-1859) was a French sociologist and historian. He was active in law and politics, serving for a time as foreign minister and wrote L'Ancien R&eacutegime, a social and political study of pre-revolutionary France.

Isaac Kramnick is professor of government at Cornell and edited several volumes in the Penguin Classics, including The Federalist Papers. 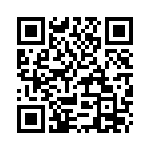