Page 47
71 And when he was gone out 6 And the chief priests took the silinto the porch , another maid saw ver pieces , and said , It is not lawful him , and said unto them that were for to put them into the treasury , there , This fellow was ...
Page 79
And when 11 But the chief priests moved the he thought thereon , he wept . people , that he should rather release Barabbas unto them . CHAPTER XV . 12 And Pilate answered and said 1 Jesus brought bound , and accused before Pilate .
Page 328
Christ a priest HEBREWS , VIII . of a higher of Melchisedec , and not be called | 24 But this man , because he conafter the order of Aaron ? tinueth ever , hath an unchangeable 12 For the priesthood being chang- priesthood . ed , there ... 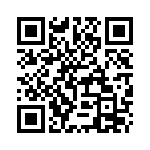