Lillian B. Rubin was born in Philadelphia, Pennsylvania on January 13, 1924. She graduated from high school at the age of 15, was able to obtain a secretarial job, and was married at the age of 19. She had a daughter and worked at various jobs for over 20 years before enrolling in college in 1963. She received a B.A. in 1967 and a Ph.D. in sociology in 1971 from the University of California, Berkeley. After receiving postgraduate training as a psychotherapist, she began a dual career as a sociological researcher and a private therapist. She became a senior research associate at the Institute for the Study of Social Change at Berkeley, where she worked for many years while writing books. She wrote a series of popular books about the crippling effects of gender and class norms on human potential. Her books include Worlds of Pain: Life in the Working-Class Family, Women of a Certain Age: The Midlife Search for Self, Intimate Strangers: Men and Women Together, Just Friends: The Role of Friendship in Our Lives, Families on the Fault Line: America's Working Class Speaks about the Family, the Economy, Race, and Ethnicity, and The Transcendent Child: Tales of Triumph over the Past. She died on June 17, 2014 at the age of 90. 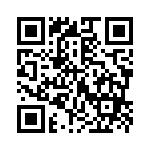