Page 124
The book is mainly a record , skilfully and lightly put together , of that brilliant coterie , British , foreign , political , literary , social , which passed through Holland House for nearly half a century during the reign of the ...
Page 376
The jute problem , a very pressing one for Dundee , had a pleasing aspect in showing that the age of chivalry was not yet over in the House of Commons . Miss Horsbrugh , the highly competent member for Dundee city , was to raise the ...
Page 714
in the world that comes near it , for the House of Moličre has kept its tradition of ageless comedy and admirably performed tragedy . There is at present a revival of Le Bourgeois Gentilhomme , which could not be surpassed . 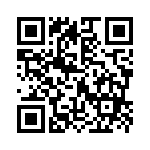