Louisa Ellen Stein is an assistant professor of film and media culture at Middlebury College in Vermont. She has written previously on contemporary media culture, including film, television, the Internet and videogames. Kristina Busse teaches at the University of South Alabama and has published a variety of essays on fan fiction and fan culture. She is the founding coeditor of Transformative Works and Cultures. 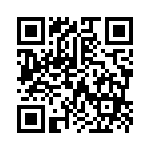