John Bellamy Foster is editor of Monthly Review and professor emeritus of sociology at the University of Oregon. He has written many books including The Robbery of Nature (with Brett Clark) and The Return of Nature, which won the Deutscher Memorial prize.

Brett Clark is a associate editor of Monthly Review and a professor of sociology at the University of Utah. He is co-author (with John Bellamy Foster and Richard York) of Critique of Intelligent Design. 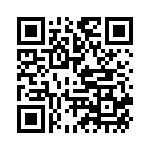