THIS MACHINE KILLS SECRETS: How Wikileakers, Cypherpunks, and Hacktivists Aim to Free the World's Information

A wide-ranging look at politically motivated information leaks and the activists behind them.In late 2010, Forbes technology reporter Greenberg sat down with the notorious Julian Assange, founder of ... Read full review

This Machine Kills Secrets: How WikiLeakers, Cypherpunks, and Hacktivists Aim To Free the World's Information

In the Sixties we marched. Now many young men and women fed up with the government, the military, and the corporations slip into whistleblower mode, anonymously uploading institutional secrets that ... Read full review

Andy Greenberg has covered cyber security and privacy for Forbes since 2007. Based in New York, Greenberg's reporting has taken him from an autonomous car race in the California desert to Beijing, where he first cut his teeth as a freelance journalist in 2004. Most recently, Greenberg's travels have taken him to Iceland and London, where he produced the world's first cover story on WikiLeaks' Julian Assange. 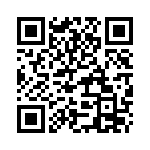