As indicated in the details on contributors, Anne Baldwin and Neil Pye have just completed their PhDs with Keith Laybourn, dealing, respectively, with women councillors in the twentieth century and the decline of Chartism. Neil’s thesis is about to appear as a book published by Merlin Press. Chris Ellis is a Lecturer at the Kirklees College, with an interest in the history of the Independent Labour Party, whilst Stephen Etheridge is completing his PhD on brass bands. Keith Laybourn is the Diamond Jubilee Professor of the University of Huddersfield, and a leading authority and writer on British Labour history. 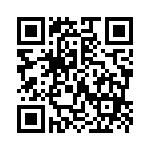