In 1906, Breasted, America's first noted Egyptologist, published this series in which he presents a history of the golden age of Egypt gleaned from its records, many of which he was the first scholar ... Read full review

James Henry Breasted (1865-1935), the first American scholar to hold a professorship in Egyptology, was the author of The Battle of Kadesh, A History of Egypt, Development of Religion and Thought in Ancient Egypt, Ancient Times: A History of the Early World, and The Conquest of Civilization. Peter A. Piccione is an Egyptologist and professor of comparative ancient history at the University of Charleston, South Carolina, and director of the University of Charleston Serapis Research Institute Theban Tombs Publication Project. 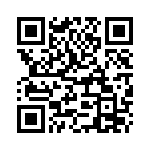