James H. Richardson is Senior Lecturer in Ancient History at the University of Wales, Trinity Saint David. He is the author of The Fabii and the Gauls: Studies in Historical Thought and Historiography in Republican Rome and various articles on Roman history.

Federico Santangelo is Lecturer in Ancient History at Newcastle University. He is a graduate of the University of Bologna and University College London. He has published on various aspects of Roman Republican history and is the author of Sulla, the Elites and the Empire: A Study of Roman Policies in Italy and the Greek East (2007) and Divination, Prediction and the End of the Roman Republic (2013). 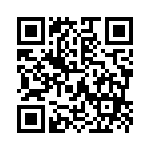