Page 24
been small, and while it has contributed, in a few periods, to a useful increase in
total population, the growth of numbers by immigration in peak years has rarely
contributed more than Io per cent of the total population increase, and it has more
...
Page 71
Since 1945 the tendency has been for very high wool prices to raise the
importance of pastoral products, and the increasing importance of crops such as
hemp and flax to increase their relative significance. In value of production, wheat
, beef, ...
Page 75
Copper has shown a consistently great increase to ten times the 1910 production
, the peak output being reached in 1943 and 1944, with a ... The rapid rise in
price and increased world demand, 1954–6, led to a great boom in the industry. 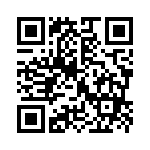