Page 371
Three were on the west side between Cheapside and Watling Street , the
Saracen's Head , the Angel and the Bell , and south of these , near the corner of
Knightrider Street , two more , the White Horse and the Castle . The Saracen's
Head was ...
Page 372
Delaune , 1682 , remarks : Abingdon ; Edward Perton's coach and waggon
comes to the Sarazens head in Friday Street on Wednesdays and goes out on
Thursdays . Bristol Coaches of John Booth , Wm . Baldwin , and Robert Toby , to
...
Page 374
Three of these inns , the Three Cups , the Saracen's Head , and the George ,
were in the 18th century still doing a thriving coaching and carrying trade with the
west of England . South of these were two important inns in Carter Lane , the ... 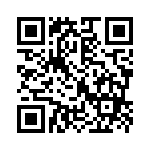