About the EditorsClaude J. Summers and Ted-Larry Pebworth are both William E. Stirton Professors in the Humanities and Professors Emeriti of English at the University of Michigan–Dearborn. They have coedited numerous works, including The English Civil Wars in the Literary Imagination, Representing Women in Renaissance England, and Literary Circles and Cultural Communities in Renaissance England (all available from the University of Missouri Press). 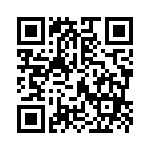