One of Russia's greatest composers, Peter Ilich Tchaikovsky was born in Votkinsk, Russia. He received a good early education; his instructors included a French governess and a music teacher. When he was 10 years old, the family moved to St. Petersburg, and Tchaikovsky continued his studies, although his musical talent did not seem particularly great. Nevertheless, he continued to study music and graduated from the St. Petersburg Conservatory in 1865. From there he went on to teach theory and composition at the Moscow Observatory from 1866 to 1877. A generous allowance from a wealthy patroness allowed Tchaikovsky to devote time to his own composition without financial worries. His first successful composition was Romeo and Juliet (1869), a fantasy overture in which Tchaikovsky used the sonata form, adapting it to the demands of the Shakespearean play and its characters. Soon after Tchaikovsky's short marriage in 1877 ended, he quit the observatory to devote all of his time to composition. In the years that followed, he wrote his most popular and well-known works. In all, Tchaikovsky wrote nine operas, six symphonies, many songs and short piano pieces, three ballets, three string quartets, and other works, including suites and symphonic poems. The operas Eugene Onegin (1879) and Queen of Spades (1890) were both adapted from stories by Aleksandr Pushkin (see Vol. 2). Among Tchaikovsky's best-known works are his last three symphonies---No. 4 in F minor (1877); No. 5 in E minor (1888); No. 6 in B minor, also known as the Pathetique (1893); and his three ballets---Swan Lake (1877), Sleeping Beauty (1889), and The Nutcracker (1892). Tchaikovsky's music is richly orchestrated, of great emotional intensity, and reflects the composer's melancholy nature and fatalism. 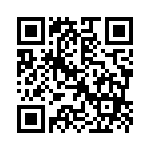