Michael Heinrich taught economics for many years at the University of Applied Sciences in Berlin and was managing editor of PROKLA: Journal for Critical Social Science. He has written in depth on Marx’s critique of political economy in his book, The Science of Value. His An Introduction to the Three Volumes of Karl Marx’s Capital is probably the most popular introduction to Marx’s economic works in Germany.

Alexander Locascio, translator of this biography from German to English, has been active in the U.S. labor movement. His other translations include An Introduction to the Three Volumes of Karl Marx's Capital and Thomas Piketty's Capital in the Twenty-First Century: An Introduction. He lives in Berlin with his family. 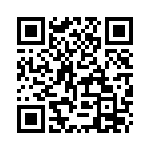