It's a matter of survival

With this book, Mitchell, who is Senate Majority Leader and Chairman of the Committee on Environmental Protection, establishes himself as one of the leading environmentalists in Congress. In the first ... Read full review

Gordon Anita's Its About Survival is another wake up call for all humanity to be more conscious of the danger we are pretending does not exist. It is a book to read, especially by the powerful and affluent.
Dr Peter Betiang
Community Development Expert
Nigeria. 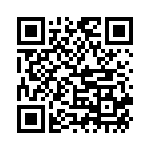