47 other sections not shown

Peter G. Bourne is a physician, anthropologist, biographer, government official, and diplomat. He received his M.D. degree from Emory University in 1962 and received an M.A. in anthropology from Stanford University in 1969. Bourne served three years in the U.S. Army in Vietnam. He received the Bronze Star, the Air Medal, and the Combat Medics Badge. After returning to the U.S., Bourne went to work in the office of Georgia governor Jimmy Carter. He was an alternate delegate to the 1972 Democratic Convention and later became deputy campaign director during Carter's run for president. When Carter was elected, Bourne became special assistant to the president for health issues and later director of the Office of Drug Abuse Policy. In 1979, Bourne was made Assistant Secretary General of the United Nations where he directed the International Drinking and Sanitation Decade, a ten-year effort to provide the people of the world with clean drinking water. Bourne has been active on the boards of several major charities and has served as professor and chairman of the department of psychiatry at St. George's University Medical School in Grenada. He is the co-founder of Global Water, an organization dedicated to providing clean drinking water for developing countries. Bourne has written more than 100 articles and authored or edited 10 books. 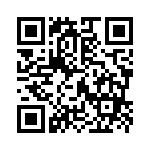