Jim Bakker is a living example of the grace and mercy of Jesus Christ. He has come forth from prison to a new life and compassion for lost and hurting people. Jim is now speaking at conferences and churches and working in inner-city Los Angeles assisting his son's ministry. He has spent much of his time since prison working in the inner-city ghettos, reaching out to drug addicts and the homeless, and teaching them in Bible classes.In 1998, while working at the Dream Center in Los Angeles, Jim met and married Lori Graham. Today, they are working as a team, ministering to hurting people wherever they go. Jim and Lori are two broken people whom God has put back together again and who are living testimonies of God's restoration power.Together, Jim and Lori Bakker have opened a center called "Morning House," a place where wounded ministers are ministered to, and where Lori conducts her reconciliation and healing services for hurt women scarred by abortion. Jim also teaches Bible classes at "Morning House." The Bible says, "Weeping may endure for a night, but joy comes in the morning." Psalms 30:5.Every year Jim and Lori Bakker are speaking to millions of people all over the world through their travels, television and radio, and the many books they have written. Their hearts are with the hurting, especially those in the inner cities of the world. Jim and Lori spend much of their time helping inner-city ministries from coast to coast.A native of Muskegon, Michigan, Jim is one of the pioneers of Christian television. He was the first host of The 700 Club and the first president and co-founder of the Trinity Broadcasting Network. He is the former president and founder of Heritage Village Church and Missionary Fellowship, the parent group for Heritage USA, PTL, and the Inspirational Network. He is the author of the best-selling I Was Wrong and Prosperity and the Coming Apocalypse.The theme of Jim's message is God's mercy, love, and grace. He admonishes people to love God and to love their neighbor as themselves, and that the Bible teaches the fulfillment of Christ's teaching is to bear one another's burdens.Everywhere Jim and Lori Bakker go, they are lifting up hurting people and telling them, "If God can restore us, He will do the same for you. We serve a God of the second chance.

Ken Abraham was educated at Indiana University of Pennsylvania, Asbury College, and Asbury Theological Seminary. He is a former professional musician and the former Senior Pastor of Christian Fellowship Center in Greensburg, Pennsylvania. He is a New York Times best-selling author, known for his collaborations with popular celebrities and fascinating, high-profile public figures. He co-wrote numerous books including Let's Roll! with Lisa Beamer, Racing to Win with Joe Gibbs, The Right Thing with Scott Waddle, and When Will the Heaven Begin?: This Is Ben Breedlove's Story with Ally Breedlove. 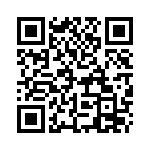