CHARLEY GERARD is a saxophonist and composer. He is the author of Jazz in Black and White (Greenwood, 1998). 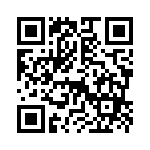