This book is an absolute must read for anyone "in charge of" or responsible for people. Superb view on "human error". Read full review

Sidney Dekker is Professor and Director of the Key Centre for Ethics, Law, Justice and Governance at Griffith University in Brisbane, Australia. Previously Professor at Lund University, Sweden, and Director of the Leonardo Da Vinci Center for Complexity and Systems Thinking there, he gained his Ph.D. in Cognitive Systems Engineering from The Ohio State University, USA. He has worked in New Zealand, the Netherlands and England, been Senior Fellow at Nanyang Technological University in Singapore, Visiting Academic in the Department of Epidemiology and Preventive Medicine, Monash University in Melbourne, and Professor of Community Health Science at the Faculty of Medicine, University of Manitoba in Canada. Sidney is author of several best-selling books on system failure, human error, ethics and governance. He has been flying the Boeing 737NG part-time as airline pilot for the past few years. The OSU Foundation in the United States awards a yearly Sidney Dekker Critical Thinking Award.. 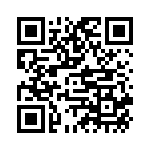