This is a very small book 4.5 x 7.25. Very hard to read because the print is so small. I bought this book expecting charts that I could use but in their small size they are not practical for use when ... Read full review

47 other sections not shown

Jay M. Pasachoff is the Field Memorial Professor of Astronomy and the Chair of the Astronomy Department at Williams College. He is the author of the Peterson Field Guide to Stars and Planets , as well as numerous textbooks and trade books on astronomy, weather, and more. Roger Tory Peterson, one of the world's greatest naturalists, received every major award for ornithology, natural science, and conservation as well as numerous honorary degrees, medals, and citations, including the Presidential Medal of Freedom. The Peterson Identification System has been called the greatest invention since binoculars. These editions include updated material by Michael O'Brien, Paul Lehman, Bill Thompson III, Michael DiGiorgio, Larry Rosche, and Jeffrey A. Gordon. 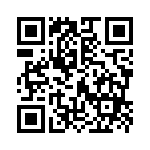