Page 7
Comets in general have a very different appearance to that they exhibit to our
earth , -their tails do not appear ... the earth appears under an angle of 17 " .2 ,
and the moon 4 ” .6 ; throughout the system not a crescent or other defective
phase is ...
Page 8
The solar spots are very apparent , and from the inclination of the sun's axis ,
appear sometimes to cross the disc in a right ... Mercury appears to Venus as
Venus does to the earth , having its elongations , stationary points , and superior
and ...
Page 71
At a , b , c , d , & c . is exhibited Saturn , with his ring continually parallel to itself ,
during a thirty years ' revolution through his orbit ; at the corresponding capitals A
, B , C , D , & c . are shown the various forms under which the ring appears to us ... 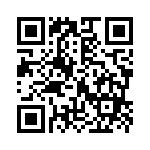