Dedeth Ford was born in Kagawasan, a small village in the Philippines where farming was the way of life. She grew up knowing an honest, hard day’s work. The hot sunny hours spent in the field were necessary to support her family. They planted rice in a muddy field, cooked food using firewood, and had no indoor plumbing. As a working college student, she graduated with a B.S. in agriculture. Shortly after, Dedeth managed her uncle’s dry goods business and worked in reforestation. She received her U.S. citizenship in 1993 and became a dental assistant.

Currently, she is a certified dental assistant and focuses on her daughter’s education. Visit the author online at 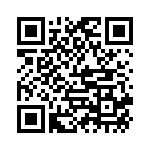