Page 3
Shakspeare : and that the Second and Third Parts were 3. The author of this play
knew the true pronunci . only altered by him from the old play , entitled • The ation
of the word Hecale , as it is used by the Roman Contention of the Two famous ...
Page 28
The rariations between the dissertation annexed to these plays , Mr. Malone has
old plays in quarto , and the corresponding pieces in the endeavoured to
establish the fact thai these two dramas folió edition of Shakspeare's dramatic
works ...
Page 155
tion , altered in its title to The Tragedy of Agamemnon , Shakspeare possessed ,
no man in a higher perret . was in existence anterior to Shakspeare's play , and
tion , the true dignity and loftiness of the poetical afflatus , that it was licensed by ...
Page 3
... with Greek and Roman literature . It is likewise de . his opinion that Shakspeare
may have written a few ficient in such internal marks as distinguish the tragelines
in this play , or given some assistance to the au . dies of Shakspeare ...
Page 9
he could selece , that Gower , by his own acknowledgment , took his story from
the Pantheon of Godfrey of Viterbo ; and the " Shakspeare's own muse , his
Pericles first bore . ' author of Pericles professes to have followed Gower . " The
only ... 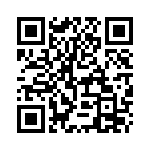