This book examines the history of Long Term Capital Management, a firm that failed during the 1998 financial crisis, and explains how the firm was built and constructed, and why it collapsed. Pretty ... Read full review

Roger Lowenstein, author of the bestselling Buffett: The Making of an American Capitalist, reported for The Wall Street Journal for more than a decade, and wrote the Journal's stock market column "Heard on the Street" from 1989 to 1991 and the "Intrinsic Value" column from 1995 to 1997. He now writes a column in Smart Money magazine, and has written for The New York Times and The New Republic, among other publications. He has three children and lives in Westfield, New Jersey. 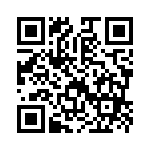