DAVID F. MARKS was born in Petersfield, England and lives in Provence, France. David graduated from the University of Reading and completed his PhD in mathematical psychology at the University of Sheffield. He held positions at the University of Otago, New Zealand and at University College London. He served as Head of the School of Psychology at Middlesex Polytechnic, and as Head of the Department of Psychology at City, University of London, UK. As a Visiting Professor, he carried out research in the Department of Neurosurgery at Hamamatsu School of Medicine and at the Department of Psychology, at Kyushu University, in Japan, at the Universities of Oregon and Washington, in the USA, and taught health psychology at the University of Cambridge, UK, and Tromsř, in Norway. In addition to five previous editions of this book, David has published 25 books including: The Psychology of the Psychic (1980, with R. Kammann), Theories of Image Formation (1986), Imagery: Current Developments (1990, with J.T.E. Richardson and P. Hampson), The Quit For Life Programme: An Easier Way to Stop Smoking and Not Start Again (1993), Improving the Health of the Nation (1996, with C. Francome), Dealing with Dementia: Recent European Research (2000, with C.M. Sykes), The Psychology of the Psychic (revised edition, 2000), The Health Psychology Reader (2002), Research Methods for Clinical and Health Psychology (2004, with L. Yardley), Overcoming Your Smoking Habit (2005), Obesity: Comfort vs. Discontent (2016), Stop Smoking Now (2017), A General Theory of Behaviour (2018) and The Psychology of the Paranormal: Exploring Anomalous Experience (2020). 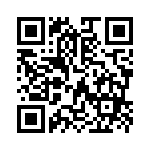