Every summer Randy Kapplehoff goes to a camp for LGTBQ+ teens, a place where he feels safe to be the nail polish wearing, musical theater loving, fabulous fashion rocking gay he truly is (something he ... Read full review

At Camp Outland, a Connecticut sleepaway camp where everyone’s queer, 16-year-old Randy feels fully himself, enjoying “who-cares-if-your-wrists-are-loose-freedom.” He’s been a camper there since he ... Read full review

L. C. Rosen, also known as Lev Rosen, has written several books for adults and children, including the young adult novel Jack of Hearts (and other parts). His books have been featured on numerous Best of the Year lists and nominated for several awards. He lives in New York City with his husband and a very small cat. 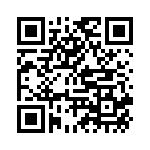