The Moscow trials form the pivot around which this interpretation of the spirit and logic of the Russian Revolution is built. As an interpretation it is brilliantly handled; as a novel it is almost ... Read full review

As I read this I felt engulfed in the miasma of experiencing what it must have been like to be at the end of the line. Knowing the inevitabilty of the outcome, the interrogation seemed like a exercise ... Read full review

Arthur Koestler (1905-1983) was a Hungarian-British author and journalist who immersed himself in the major ideological and social conflicts of his time. In 1931 Koestler joined the Communist Party of Germany until, disillusioned by Stalinism, he resigned in 1938. In 1940 he published his novel Darkness at Noon, an anti-totalitarian work that gained him international fame. Over the course of his life, Koestler espoused many political causes. His novels, reportage, autobiographical works, and political and cultural writings established him as an important commentator on the dilemmas of the twentieth century. 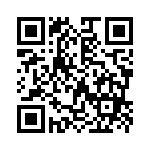