The book is essentially a population genetics textbook. I score it high because is probably the most up to date and comprehensive text. However, it is sometimes difficult to followm. I always liked ... Read full review

Brian and Deborah Charlesworth obtained PhDs in genetics at the University of Cambridge, and have subsequently worked at the Universities of Liverpool, Sussex, Chicago, and Edinburgh. They are the authors of Evolution: A Very Short Introduction, a book for the general public. Brian is a Fellow of the Royal Society and Honorary Fellow of the American Academy of Arts and Sciences, and Deborah is a Fellow of the Royal Society. Both currently work on questions in population genetics, molecular and genome evolution, and also on mating system evolution. 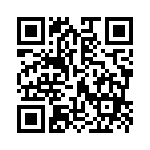