As a parent in one of the vilified schools, I was unsure of the truth of what the teachers did in the Trojan Horse letter. Not knowing whether the politicians were just making political capital out of a terror story or whether their was something really to be afraid of. My community generally is a culturally conservative and peace loving community and follows an Islamic ethos. I think it is natural that any community would want its ethos reflected in the education of their children, it is a basic religious freedom. It has turned out that the education secretary Michael Gove was the scary radical and extremist who planted a Trojan Horse in the schools to terminate a whole swath of muslim teachers and there by ruining the education of a generation of children including my son's. This book gives me hope for the future that there are some good men in Britain who will tell the truth. It is a sincere honest independent objective and comprehensive analysis of the Trojan Horse affair backed by detailed evidence. Taking the government account as fake news and Holmwoods truth, there is plenty of material in it, for someone like Jon Stewart to make a political satire out of this.

John Holmwood is Professor of Sociology at the University of Nottingham. From 2012 to 2014, he was President of the British Sociological Association and in 2014/15, he was a member of the Institute for Advanced Study, Princeton, USA. He acted as an Expert Witness to the Court in one of the National College for Teaching and Leadership hearings against teachers arising from the Trojan Horse affair. Therese O'Toole is Reader in Sociology at the University of Bristol and a member of the Centre for the Study of Ethnicity and Citizenship. She led a major ESRC/AHRC study of Muslim Participation in Contemporary Governance and an AHRC Connected Communities study of the local implementation of Prevent in Bristol. . 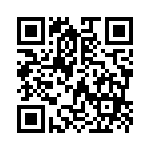