David Pinder is based at the Department of Geography at Queen Mary College. 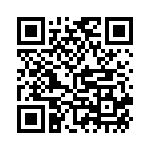