Aristotle Kallis is Professor of Modern and Contemporary History at Lancaster University, UK. His research focuses on the study of European fascism/the extreme right, interwar modernism, and mass violence. His principal publications include Genocide and Fascism (2009), Nazi Propaganda in the Second World War (2005), and The Fascism Reader (2003). 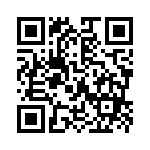